Convert a MIDI Track to an Audio Track - Pro Tools

Why would you want to convert/record a MIDI track to an audio track?

Convert/record a MIDI Track to an Audio Track: 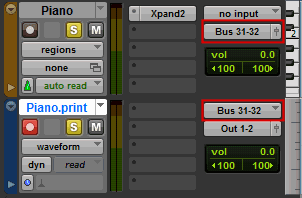 When you are ready to record:

When recording is finished:

Perform the following steps while working in the Edit window. The input and output "path selector" buttons are located one above the other. See image below.

To set a tracks output to an unused bus:

Use these same steps to choose the input for a track. Of course you will choose the bus you want to use to receive input to the track. Unused buses are have white letters and numbers and used buses are yellow.

To make the selection: 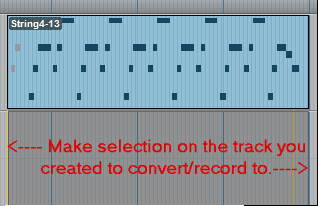