I'm a music fan, music editor and "mixer" who works on recorded music. Music editing and mixing are components in the art of preparing recorded audio tracks to be mastered for playback and the music consumer. The following is a description of my background in computers and music production. 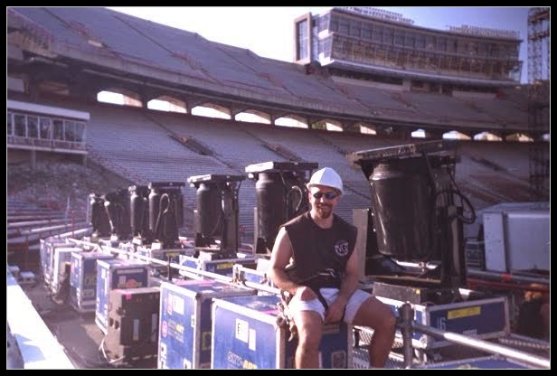 My current focus is editing and mixing recorded music. I use a hybrid of analog equipment and a rack-mounted computer (PC) I assembled and customized specifically to edit and mix music using Avid's Pro Tools. The computer I'm using with Avid Pro Tools installed is often referred to as a digital audio workstation or DAW.

I became interested in mixing recorded music shortly after I began working as a FOH (front of house) live sound mixer in 1985. I no longer work in live sound production. The last live show I worked was sometime in 2002. After working large-scale music events, I concluded I prefer to work in smaller, more intimate venues. I like directly interacting with the musicians I work with. I enjoy the connections and friendships I've developed over the years. These preferences guide my work today.

In 1985 I began mixing live sound for a Madison, Wisconsin, psychedelic rock band that performed a mix of original music and covers. The band was heavily influenced by The Grateful Dead. One of the band's guitarists, Phil Garfinkle, taught me the basics of mixing live sound. In the later 1980s I was fortunate to mix live sound for some of the bands coming out of Butch Vig's, Madison, Wisconsin, based Smart Studios. Butch Vig was the drummer and co-producer of the alternative rock band Garbage and the producer of the diamond-selling album Nevermind by Nirvana. Some of my favorite Madison bands from that time were The Other Kids, Killdozer, the Tar Babies, Garbage , the psychedelic rock band The Middle Pillar and the punk band Inspector 12. Good people, good music!

NOTE: Click any small image to see a larger version.

From 1985 to 1995 I worked as a live sound mixer mainly in bars, clubs, outdoor events, music festivals and small theaters with a capacity of less than 1,000 people. A majority of the bands I mixed live sound for at that time were from Madison and Milwaukee, Wisconsin; Minneapolis, Minnesota; and Chicago, Illinois. I worked with a few bands from New York and Los Angeles when they toured the Madison, Wisconsin, area. 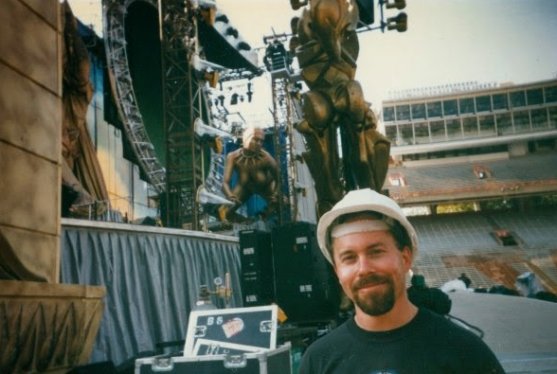 In the later 1980s I also worked a short time for Lewis Audio in Madison, Wisconsin. David Lewis worked with the rock band Cheap Trick as the Front of House Mixer when they played Budokan in Tokyo, Japan, in 1978. I've been a Cheap Trick fan since the release of the album In Color in 1977. Through David's connections with Cheap Trick, I worked as a sound tech in a small Madison, Wisconsin, club called Headliners as the band practiced for their upcoming world tour in support of their new album Lap of Luxury.

Lap of Luxury produced three top 40 hit singles including the ballad "The Flame" at number one on the American Billboard Hot 100. Congratulations to Cheap Trick for their 2016 induction into the Rock and Roll Hall of Fame!

Like the Cheap Trick job, many of the bands I set up for at that time were one day/night events (load in, out). I also worked to set up a variety of other rock and blues bands to include: Pink Floyd, The Rolling Stones, U2, Elton John, Rod Stewart, KISS, Cheryl Crow, 38 Special, Dave Mathews, BoDeans, Fear Factory, Rob Zombie, Richard Marx, Yanni, Marilyn Manson, Counting Crows, Creed, Sevendust, Red Hot Chili Peppers, Foo Fighters, Korn, Staind, Limp Bizkit, System of a Down, Garbage, Tori Amos, The Moody Blues, Primus, Phish, blues music legend BB King, and others.

Prior to the early 1990s I had not listened to nor was I interested in Country Music. It was in 1993 that I worked my first Country Jam USA concert series in Lake Geneva, Wisconsin. I worked two seasons of the Country Jam series in Wisconsin. The experience and connections I gained brought more work and subsequent shows where I assisted the set up of the stage and sound system, placed microphones, monitors and more.

My favorite memory of that time period was sitting backstage one night with the talented Faith Hill while we watched Toby Keith during his Country Jam performance at Lake Geneva, Wisconsin, in the early 1990s. I learned an incredible amount from the technicians I worked with in country music. The great talent of the performers and technicians changed my mind about country music. I now include myself as a country music fan.

PINK FLOYD, U2, THE ROLLING STONES 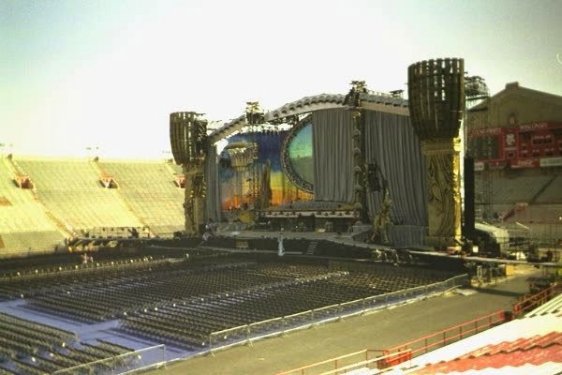 These shows were great learning opportunities. I worked as a "climber" helping to build the main stage, hung the motors used to fly (hang) the sound system and similar tasks. I also worked as part of the sound crew to assemble and fly the sound system and much more. It was an added bonus that I was able work the night of the shows and see the performances for FREE. How much money does a large rock tour make? View this list of the highest earning concert tours in history.

One of my favorite memories from the late 1980s was mixing live sound at a Madison, Wisconsin, club hosting a charitable event to raise money for the internationally recognized and oh so funky drummer Clyde Stubblefield. Clyde is probably best known as a drummer for the world-renowned, grand master of funk music James Brown. Clyde is also one of the most often sampled drummers in the world.

That night rekindled my interest in Jazz. Headlining performances included Chicago native Richard Davis. Richard Davis is one of the most often recorded bass players in music. He's performed with a diversity of talented and well-known musicians, including one of my favorite jazz icons Sun Ra. Chicago-based jazz saxophonist Roscoe Mitchell also played that night. Roscoe Mitchell was playing with the internationally famous Art Ensemble of Chicago at the time. He was already at the forefront of avant-garde jazz. It's been many years since that night and I still get a rush thinking about the music and performances I experienced.

I've been a longtime fan of Jim Morrison, lead vocalist for the rock band The Doors. During our most recent visit to Paris, my wife and I went in search of the grave of Jim Morrison in Père Lachaise Cemetery, Paris, France. 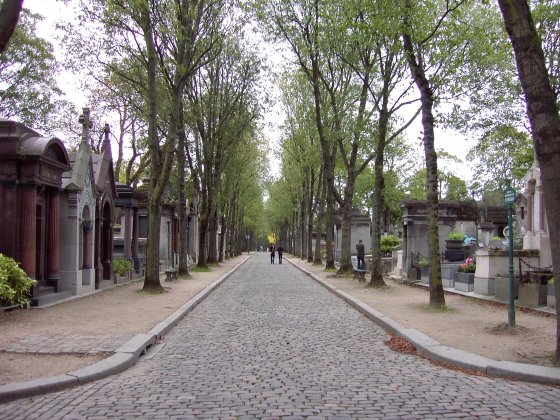 We were not alone as we wandered through the long paths, cobblestone roads and rows of decrepit tombs that seemed long forgotten. My wife and I encountered fans and musicians from all over the world who like us were searching for James Douglas Morrison. We met punk rockers from England, metalheads from Germany, rockers from France, Deadheads from the USA, and others that day.

View photos my wife and I took of Jim Morrison's grave and the Père Lachaise Cemetery in Paris, France. Once you arrive at the page with pictures, click on the three vertical dots in the upper right-hand side and choose slideshow.