Chicago Blues musicians Paul Kaye and Harmonica Hinds played to an enthusiastic crowd at the Cindy Pritzker Auditorium in the Harold Washington Library Center in downtown Chicago. The Cindy Pritzker Auditorium is a great theater to see live music and other performances. The seats are comfortable and the acoustics are good. The in house sound techs consistently do a nice job producing the sound for events. The FREE event was made possible by the Chicago Library's One Book One Chicago program and the Old Town School of Folk. 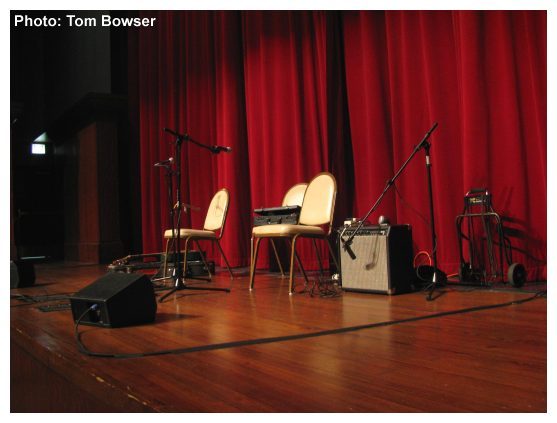 Both Paul Kaye and Harmonica Hinds are veterans of the Chicago Blues music scene. Harmonica Hinds gained notoriety in the early 1970's as a member of the house band in Chicago based Theresa's Lounge where he played with greats like Buddy Guy and Junior Wells. Legendary Blues musicians to include Muddy Waters, Howlin' Wolf, Little Walter, Otis Rush, Earl Hooker and many more have played Theresa's Lounge. 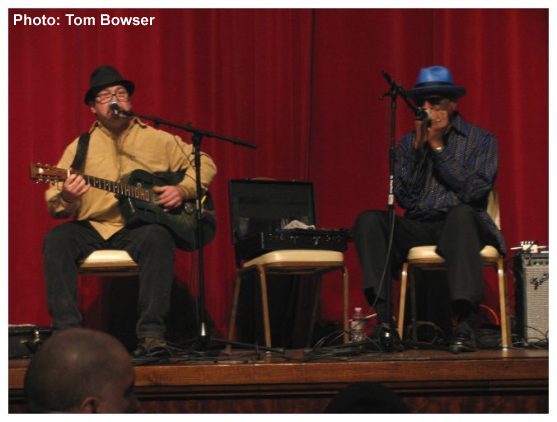 It was an entertaining show my wife and I both enjoyed. Paul Kaye and Harmonica hinds played a wide variety of blues standards and played them well. Some of my favorite covers they performed were "Catfish Blues" by Honey Boy Edward's and Jimmy Reeds, "Take Out Some Insurance", Muddy Water's "She Moves Me" and Howlin Wolf's "Smokestack Lightening".

NOTE: Click on any image below to view a larger version.