The Chicago Museum of Contemporary Art hosts "Tuesdays on the Terrace". Free, high quality jazz concerts on Tuesday's, June through September. Food options include a more formal buffet to casual dining including Hamburgers (they looked very good) house made sausage, salads, cold beverages, wine and cocktails. The terrace where the event is hosted is quite nice. Chairs are arranged in front of where the music is performed. There is a grassy area for picnic style seating and eating. It's a nice way to spend an evening! 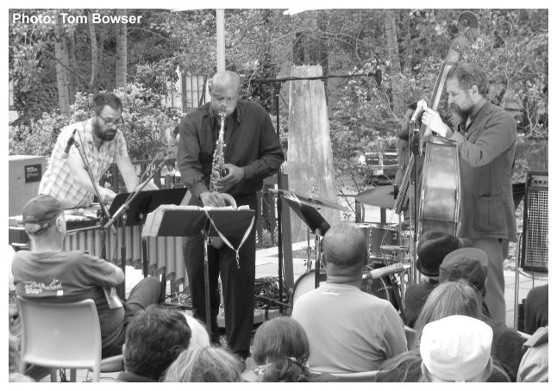 I'm not a professional writer, photographer, jazz critic (obviously). I'm a music fan. There are many different styles of jazz each with unique characteristics that influence the final sound. I admit I like some styles of jazz more than others. I do my best to keep my mind open to new things. You never know with complete certainty whether you like something until you try it (maybe a couple of times).

My wife and I had seen David Boykin perform in the Claudia Cassady Theater at the Chicago Cultural Center during the 2014 Chicago Jazz Festival. David was playing with a large talented ensemble that was in my opinion to large for the stage of the Claudia Cassidy Theater. The sound system was not adequate for the large ensemble. Feedback was a problem on a number of occasions. The overall volume was to loud for the Claudia Cassidy Theater which is small with a capacity of under 300 people. I think the ensemble would have been better suited to playing the much larger Pritzker Pavilion. I did, however, find David Boykin's playing intriguing. I hoped I would have the chance to see him perform again. 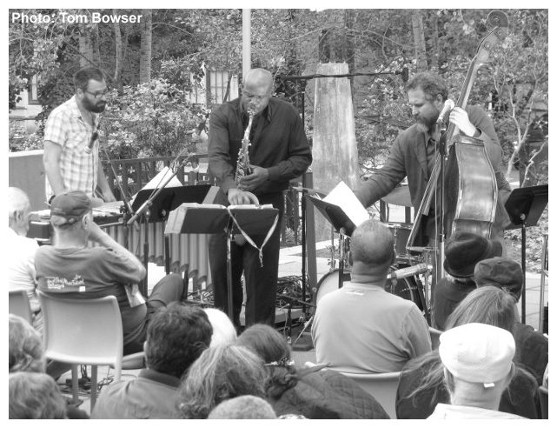 This was the first time I had seen the Joshua Abrams Quartet. I enjoyed the mix of compositions which ranged from what I consider avant-garde to those more grounded in melody. I like experimental music, but I feel contrast between compositions is necessary to keep a live performance in it's totality interesting. I was happy to be able to hear David Boykin play in a smaller ensemble. I found it much easier to focus on what it is that makes him unique as a saxophone player. Each band member was individually talented yet played well as a member of an ensemble. I look forward to seeing the Joshua Abrams Quartet again at some point in the future.