Day 2 of the 2016 Chicago Jazz Festival: The Edwin Daugherty Sextet performed at the Von Freeman Pavilion (South Promenade) as a tribute to the music of Chicago legends Gene Ammons, Johnny Griffin, and Eddie Harris. 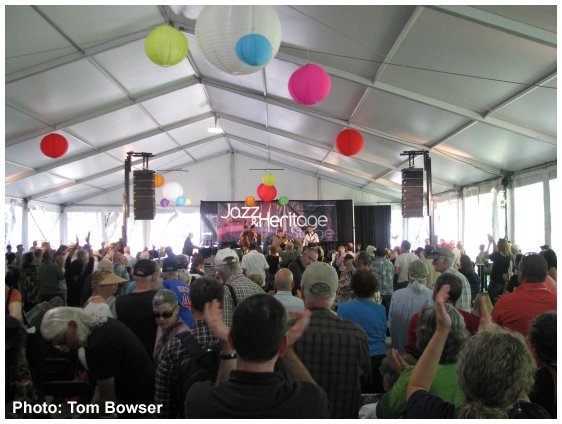 During the performance Edwin Daugherty spoke of the generations of jazz musicians that were guided by Walter Dyett. In fact, on stage that day were 3 different generations of Chicago jazz saxophone players.

Ari Brown was 70 plus years old the day of this performance. I have to say I was impressed by the energy and intensity of his solos. You still got it Ari!

I also enjoyed the chemistry between bassist Chuck Webb and pianist Willie Pickens. You can tell that Chuck Web and Willie Pickens are seasoned jazz veterans. They are both great soloists, but as importantly they know how to play cohesively with the drummer to form the foundation of the band. 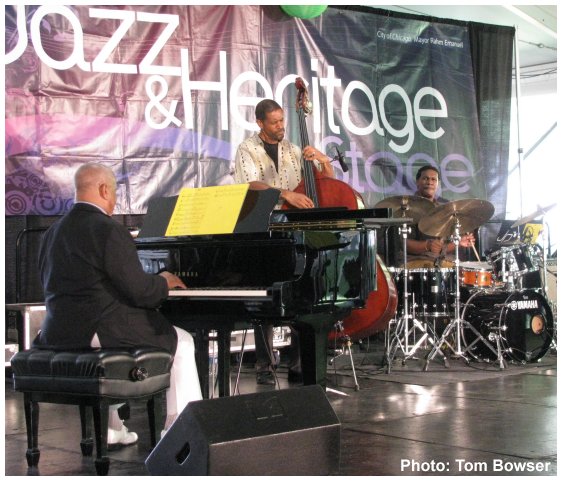 It was a great show and the Edwin Daugherty Sextet was lavished with generous applause both during and at the end of the show.


The Chicago Jazz festival is well worth your time. It's one of the largest FREE jazz festivals in the world. The 2017 Chicago Jazz Festival is just around the corner so include it when you plan your next vacation or decide how to use those accumulated sick days! New to jazz? Try it, you might like what you hear and see! There are lots of different styles of jazz each with their own unique flavor and vibe. If you don't like one style of jazz you may like a different style.

The Chicago Jazz Festival is produced by the Department of Cultural Affairs & Special Events (DCASE) and programmed by the Jazz Institute of Chicago.